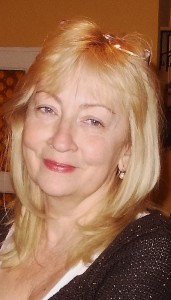 Living and working in Budapest since 1991.

Having studied painting in my youth, I have begun to paint again after a 30 years pause.

Every artist, painter and creator express their own faith and their own world concept in their work.

I use my own imaginary dreams and visual experiences to create my paintigs, my surreal dreamwork that also realistic and visionary at the same time, a borderline between reality and imagination and not only about me.

In my art the dolls, the sacred-grotesque figures cause the unexpected situation. Powerful, bright colors are the characteristics of my art.

I learned that art is only a tool to create atmosphere, to make unattainable available, to make intangible things tangible.